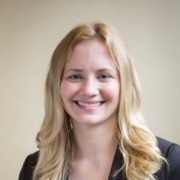 A renewed focus on small business is a welcome addition to the recently agreed-upon United States-Mexico-Canada Agreement (USMCA), particularly given that so many of our members fall into this category.

The new trade deal not only recognizes their importance to our economy, but also looks to support and encourage future growth by requiring each country to carefully consider the potential effects of future rules and regulations on how they operate.

The USMCA is the successor to the 26-year-old North American Free Trade Agreement (NAFTA), and introduces numerous improvements that will benefit our industry.

NACD has long been advocating for USMCA and is an active member of the USMCA Coalition headed by the U.S. Chamber of Commerce. Our legislative team has had many meetings on Capitol Hill talking with staffers about why this legislation is good news for our members.

The new agreement is designed to further strengthen the relationship between the U.S., Mexico, and Canada. It provides clarity and reassurance, and means trade barriers, tariffs, and duties can be either reduced or eliminated.

Among the more significant changes is the introduction of the new Chemical Sectoral Annex – a section specifically covering the chemical activities of each country that identifies the respective regulatory authorities and commits to information exchange and greater alignment.

NACD feels this is a really positive step toward a more effective working relationship and the harmonization of our regulations. Chemicals moving between our countries should have as low a barrier to trade as possible.

USMCA also adds a chapter on good regulatory practices and raises efforts to remove duplicative and unnecessary regulations – something NACD has long been a proponent of.

In addition, it makes changes to the rules of origin procedures, looking at how authorities determine the country goods come from and the relevant duties or tariffs. The so-called “chemical reaction rule” also considers how processed chemicals are classified and should help remove some of the administrative burdens and costs faced by chemical importers.

The renegotiation of NAFTA was first announced during President Trump’s election campaign in 2016 and quickly gathered pace. Discussions started in May 2017 with the initial agreement signed in November 2018. Subsequent revisions saw a final deal agreed upon by the U.S. and Mexico in December 2019, and Canada ratified the agreement earlier this month.

USMCA has a 16-year term with an opportunity for review after six years. It is expected to come into effect by the middle of the year. All around, this international agreement is great news for U.S. chemical distributors.