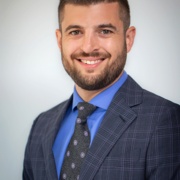 With Election Day nearly two weeks in our rearview mirror, the dust has mostly settled on the 2020 election season. At the time of writing my initial assessment the day after the election, I was unable to definitely project the outcome of the presidential election, the party that would hold the majority in the U.S. Senate, or how narrow a majority Democrats would have in the U.S. House of Representatives.

The slowed results were caused by an unprecedented number of Americans eschewing in-person voting to avoid the risk of contracting COVID-19 and, instead, voting by mail this year. This massive influx of mail-in votes led to many states experiencing substantial delays in their ability to tally votes and announce results quickly. Now that the mail has been delivered and nearly all the votes cast have been counted, I will briefly outline an updated look at the results for the House, Senate, and White House.

The votes have finally been tallied across the nation, and I can now reliably project that former Vice President Joe Biden will be the next president of the United States. Barring an unprecedented and improbable successful flurry of legal challenges of several states’ election results by President Donald Trump, President-elect Joe Biden secured 290 electoral votes to President Trump’s 232.

While Georgia remains uncalled upon a recount, Biden does narrowly lead Trump by more than 14,000 votes. Regardless, as the votes were counted in the other uncalled states (Arizona, Nevada, North Carolina, and Pennsylvania), it became clear Biden would surpass the 270 electoral votes needed by defeating Trump in Arizona, Nevada, and Pennsylvania. Trump did secure the win in North Carolina, but the effort was too little too late. Assuming a victory for Biden in Georgia — a once reliably Republican state whose politics have shifted to the left — it means he flipped five states Trump won in 2016. The others were Arizona, Michigan, Pennsylvania, and Wisconsin. Trump did not flip any state that Hillary Clinton won in 2016.

In an effort to contest the results of the 2020 election, Trump's campaign and Republican officials have filed 21 lawsuits since Election Day. The campaign filed lawsuits and motions to intervene in cases in swing states Arizona, Georgia, Michigan, Nevada, and Pennsylvania. However, as of writing this, they have won just one lawsuit, in Pennsylvania, and the victory does not affect the election results.

Regaining control of the Senate for the first time since 2015 has been a top priority for Democrats this cycle. Currently, the Senate is composed of 53 Republicans, 45 Democrats, and two Independents who caucus with Democrats. This meant Democrats needed to win back a net four seats to have a 51-seat majority, or a net three seats if Joe Biden won the White House with a Vice President Kamala Harris serving as President of the Senate and the tie-breaking vote for a 50-50 Senate split.

Given that barring an unprecedented reversal of the presidential race Joe Biden is the president-elect with Kamala Harris as his vice president, Senate Democrats only need a net gain of three seats. However, much to Senate Democrats’ dismay, the “blue wave” they expected in the Senate was little more than a ripple. Republicans were able to hold on to their seats in closely contested Alaska, Iowa, Maine, Montana, and North Carolina. As it currently stands, Republicans hold 50 seats to the Democrats’ 48 seats in the 117th Congress. This leaves flipping two incumbent Republican seats in a Georgia runoff election on January 5, 2021, as the only route for Senate Democrats to regain the majority. To repeat Biden’s Georgia totals in a pair of Senate runoffs, with control of the Senate on the line, the Democratic Party will have to defy a long track record of failure in overtime elections. Both parties are mobilizing for a two-month sprint that will focus the entire political world on Georgia and easily cost more than $100 million.

There seemed to be one safe bet when it came to the 2020 election results: Democrats would easily hold on to their majority in the U.S. House of Representatives. Not only that, but the conventional wisdom held that Democrats would pick up more than the 235 seats they won in the 2018 midterm elections.

While Democrats will have a majority next Congress, Republicans vastly outperformed expectations and nearly pulled off an election shocker. As of this writing, most outlets project that Democrats have won in 219 seats, Republicans have been projected the winners in 203 seats, and there are 13 races outstanding. Of those 13, the Democratic candidates lead in a mere two of them. In other words, if every one of those 13 seats went to the party leading in them right now, Democrats would have 221 seats to the Republicans' 214 seats in the next Congress. Democrats may end up winning a few of the seats where they are currently trailing, but chances are they will end up at or south of 225 seats. Talk about a fairly close call for Democrats!

The end result is that Republicans are much closer to a House majority than we believed they would be after 2020 and they have put themselves in a strong position heading into the 2022 midterms.