Time for the FMC to Correct Course on Shipping 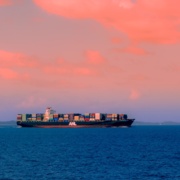 American businesses have been facing a maritime shipping crisis for more than a year, and there has been little action from the Federal Maritime Commission (FMC) to address it. From the beginning of the COVID-19 pandemic, there has been an immense strain on the United States shipping system. Ports across the U.S. continue to suffer from severe congestion causing cargo ships to experience significant delays in unloading cargo and, ultimately, delivering product in a reasonable time.

When NACD surveyed our members to better understand the severity of this crisis, we were shocked at the results. Above all, the data demonstrated that what began as a shortage of shipping contain­ers and labor at certain West Coast port facilities had fast morphed into a dangerous breakdown of the nation’s supply chain infrastructure. New data collected in June showed that delays and costs associated with shipping have continued to rise dramatically over the last three months.

As previously reported, chemical inventories have been falling, with 84.5 percent of companies nationwide now reporting being out of stock of at least some imported products, up from 46.6 percent in March. An additional 7.1 percent of surveyed members reported being close to running out of stock, meaning nearly 92 percent will soon be suffering from shortages. With the increased demand for shipping as the holiday season approaches, these shortages are likely to get worse before the year ends.

Delays in shipping have also continued to worsen, with 82.1 percent of respondents reporting average delays of more than 11 days, and the longest reported delay being in excess of 180 days. The average length of the longest delay that respondents had experienced was nearly 61.5 days, 15 days longer than in March. Half of the companies now report delays greater than two months.

Despite the decline in reliability, the cost of shipping continues to rise. Previously, 55 percent of respondents reported being charged additional premiums by carriers beyond tariffs and contract rates. Now a whopping 61 of the 84 respondents, or 72.6 percent, report paying these premiums.

The state of shipping as it sits currently is not sustainable. Costs to consumers are already rising and soon businesses will be forced to close their doors – if they have not already. It’s past time for Congress and the Federal Maritime Commission (FMC) to take immediate action to alleviate the strain of the ongoing congestion at our nation’s ports and the growing shipping crisis.