Tell Congress the Time Is Now for USMCA Ratification 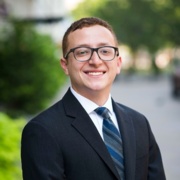 In keeping with his 2016 campaign promises, President Trump made it a priority for his administration to renegotiate the North American Free Trade Agreement (NAFTA). While many business leaders and trade groups – ours included – would strongly disagree with his characterization of NAFTA, the agreement’s successor has shown in principle to be the substantive improvement that was promised.

In its current state, the United States-Mexico-Canada Agreement (USMCA) does much to protect and continue the complex supply chains that keep chemical distributors and our customers competitive. Additionally, certain modernizations include a new chemical sectoral annex and streamlined cross-border transportation rules – both of great value to distributors. Beyond the specific value to chemical distributors, implementation of the deal would create over 175,000 U.S. Jobs and increase GDP by over $68 billion, according to the International Trade Commission (ITC).

But why is USMCA still being discussed in the future tense? Despite signatures from President Trump, Canadian Prime Minister Justin Trudeau, and former Mexican President Enrique Nieto, the legislative branches of the three parties must all individually ratify the agreement for it to go into effect. Mexico, facing pressure to begin work on the ambitious improvements to its labor standards laid out in USMCA, is the only country to have ratified the agreement so far. Canada, expressing its support for the agreement in its current form, has assured quick ratification after the United States. For the U.S., however, the process has proven to be more challenging.

Under the Trade Promotion Authority – the authority delegated by Congress to the President to negotiate on behalf of the United States – the U.S. has a set process for how free trade agreements are enacted. Here are the steps already completed:

Still to go are:

Since the ITC report was released in April of this year, the administration has held off on introducing any implementation language to the U.S. House of Representatives until it knows that it will be successful. As Democrats – who currently control the House – have outstanding issues with USMCA, President Trump and the U.S. Trade Representative (USTR) are choosing to negotiate the language of the implementing bill rather than introduce now and face a possible defeat.

These negotiations between USTR Ambassador Robert Lighthizer and a working group of nine Democrats have taken place since June. While both sides have noted the regularity of discussions and positive relationships fostered, few details have been made public about what progress, if any, has been made. Moreover, the recent impeachment inquiry, upcoming 2020 elections, and President Trump’s repeated threats to withdraw from NAFTA have all made urgency and support by Democrats more politically difficult.

With that said, the discomfort and complication felt in Washington is insignificant compared to the lack of certainty that American businesses have felt during this process. Tariffs paired with the unknown future of North American trade have made it difficult for companies to plan for the next year of operations – much less the next several.

While negotiations between House Democrats and Robert Lighthizer are an important part of the process, it may be time to move forward with what the three countries have already agreed upon for the sake of economic stability. The last thing that American companies can afford is to let such an important economic agreement become a bargaining piece in a national election or an impeachment inquiry. Regrettably, each day that passes ensures exactly that.

NACD has been reaching out to Congress regularly to remind key Members that urgency to get this done isn’t a matter of impatience, but a reality of the political situation that has chemical distributors and other companies bracing for the worst. While hearing from NACD’s staff is always helpful, the most valuable reference point for Members of Congress is what they hear from their district. Tell House leadership the time is now for USMCA.