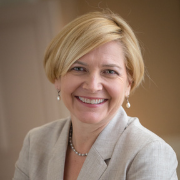 Port congestion, container shortages, and soaring costs have become part and parcel of life as a chemical distributor this past year. Results of a study NACD conducted in March 2021 showed that:

Unfortunately, says John Logue, CEO of Royale Group, there seems to be little sign the situation will change for the foreseeable future.

There remain myriad challenges when sourcing product and the deluge of tariffs and trade restrictions have been taking their toll.

The cause of this disruption is fourfold, suggests Logue.

A lack of investment in aging infrastructure is clearly part of the problem, he says. Shipments are facing severe backlogs and delays, partly because many ports and their processes have not kept up with demand and are in need of a significant overhaul. A lack of available vessel space and shipping containers has only exacerbated the situation.

As an example, Logue points to some of Royale’s recent shipments from Shanghai in China to Chicago, IL. Typically, this route would take around 23 days – about 14 days to reach Prince Rupert in Vancouver, Canada, followed by five days traveling by train to Chicago. This is then processed to reach the customer’s door shortly after.

Current conditions, however, have made these schedules optimistic at best, he says.

One vessel carrying three of his containers departed Shanghai on January 12 but didn’t arrive in Vancouver until February 26. Unfortunately, this is not a rare occurrence right now, notes Logue. The ship had been rerouted and sat offshore for a week before being delayed at Anchorage and Seattle. It didn’t reach Chicago until March 10 – meaning it took over two months for the customer to receive its order.

Longer transit times and frequent delays continue to have a ripple effect throughout the supply chain, with customers unclear when goods will arrive.

Freight rates have also rocketed, says Logue. His costs along this route, for example, have almost doubled. NACD’s study reinforced these struggles with many chemical distributors experiencing shipping price increases. In particular:

Most importantly, delays in shipping do not only result in inconvenience but cost money as well.  85.2 percent of the study respondents stated that they had lost revenue as a result of delays.  Of those reporting lost revenue, half lost more than $100,000.

Another underlying factor adding to the challenges with shipping issues is the ongoing labor crisis. Just as a shortage of drivers is affecting trucking, there are too few skilled people joining the shipping sector. This is an issue that urgently needs to be addressed, Logue says – whether by introducing more vocational training courses or making this career path more appealing.

Last but not least, the underlying effects of the COVID-19 pandemic have only compounded all these issues.

The outbreak has caused widespread disruption throughout the supply chain. Containers have been stranded around the world, restrictions and social distancing measures have limited travel, and an otherwise fine-tuned process has become unpredictable. The recent incident in the Suez Canal will likely delay cargo even further.

Many distributors have been trying to increase inventories to mitigate the delays – but they are doing so from a standing start, having had little forewarning of the scale of the problems. With so few flights because of the pandemic, chemical distributors can’t even rely on air freight as an alternative solution, he notes.

Take all these factors into account and it’s clear that fundamental improvements must be made throughout the system. No doubt the chemical industry has done extremely well dealing with an unprecedented situation, but long-term structural change is clearly needed.