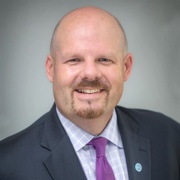 If the Speaker’s selection process in the U.S. House of Representatives is indicative of the year to come on Capitol Hill, we are in for quite the roller coaster ride. After four days and 15 rounds of voting, Representative Kevin McCarthy (R-CA) eked out the victory to become House Speaker but not before some major concessions were awarded to various Republican factions to seal the deal, as they say.

What does this mean for NACD’s member companies? It means that what has been an incredibly tight and challenging process to move things legislatively on Capitol Hill became just that much more difficult. But there is hope! So let’s dive into our wish list for 2023:

The association has also updated its priorities white paper for the 118th Congress that will be the guide by which we base our legislative efforts in 2023.

While the ongoing theatrics of Capitol Hill continue to present a roller coaster ride legislatively, that will not slow this association as we look to push through several critical issues in 2023 and beyond!