Time for Regulators, Capitol Hill to Rein in Demurrage Fees Collected by Class I Railroads 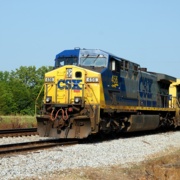 Since taking over as President and CEO of the National Association of Chemical Distributors (NACD) in 2014, I have marveled at the ability of the Class I railroads to increase their fees to the shipper and receiver community at staggering rates with little or no fuss from most on Capitol Hill and the regulatory agencies. The escalating fees call into question the competitive nature of the industry and fairness when it comes to how small businesses are to work with the larger Class I railroads. Compounding matters more, consolidation of the major railroads has reduced access to rail service for most shippers and receivers to just one railroad. This dire situation for rail customers has been exacerbated by the advent and implementation of Precision Scheduled Railroading (PSR), which has created enormous delays and service issues.

One of the specific charges that continues to generate hundreds of millions of dollars for the railroads is demurrage fees. The term “demurrage” in railway law is the charge on detention of rail cars, either to the shipper for holding the car, the receiver for not accepting the car, or to the connecting railroad(s) while the car is empty and returning to the home road. Demurrage is intended to serve the public interest by facilitating the flow of commerce through the prompt loading and unloading of cargo. In general, the person liable for demurrage is the one who assumed the duty to unload the cargo but failed to fulfill the responsibility—the purpose being to encourage speedy unloading and return of empties to improve utilization. However, demurrage fees have turned into a cash cow for Class I operators as servicing railroads frequently fail to pick up rail cars, yet the shipper is assessed a charge.

Late in 2018, Surface Transportation Board (STB) Chairman Ann Begeman wrote to all Class I railroads, including Union Pacific Railroad, Norfolk Southern Railway, BNSF Railway Company, and CSX Corporation, among others, “expressing her concern about certain planned changes to their tariffs governing demurrage and accessorial charges that are to become effective in January 2019.” In the letter, Begeman requested that Class I railroads provide additional information on these charges and the revenues that such fees generate for each company. Since these requests were sent, each of the major Class I railroads have responded with some mind-blowing results, detailed below:

The staggering amount of these fees, more than three quarters of a billion dollars, has prompted the STB to schedule a public hearing for May 22, 2019, where “railroads, shippers, third-party logistics providers, and other interested parties will be invited to speak at the hearing and report their experience with demurrage and accessorial charges, including matters such as reciprocity, commercial fairness, operational and capacity issues, and effects on network fluidity.”

Commercial fairness is a term frequently mentioned but elusive in addressing the epidemic of rate and fee increases. Most small businesses will not push back because of a lack of concern from the big railroads, or worse, a fear of retribution.

There is one change to the system—the establishment and enforcement of reciprocal demurrage—that would help to level the playing field for rail customers. Under reciprocal demurrage, when the servicing railroad fails to pick up the rails cars, the shipper or receiver would charge the same demurrage rate per day and in the same time reference after constructive placement to the railroad company. The practical effect of this reciprocal option is a reduction in the customer’s shipping charges, especially when they have done everything within their power to meet their end of the contractual agreement.

It is high time that the shipper and receiver community invoke a reciprocal demurrage fee structure on the major rail providers that STB and other regulators should enforce. It is only fair that both sides be motivated to do their part in the process to ensure that shipments arrive to the end user as scheduled.