Rail Reform Around The Corner With A Fully-Staffed STB 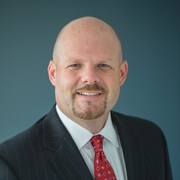 For the first time since its expansion in 2015, there will finally be five commissioners sitting on the Surface Transportation Board (STB). This body makes critical decisions for chemical distributors and rail customers, and I’m thrilled at the prospect of having a fully-staffed board empowered to promote competition and modernize our nation’s freight policies.

There is no shortage of issues the Board can make headway on. Chief among those should be the establishment and enforcement of reciprocal demurrage. Class I Railroads — which operate in near monopolies in many parts of the country — have made a fortune nickeling and diming rail customers through demurrage fees. These fees — which are intended to incentivize timely unloading of railroad cars — are often used to penalize customers, even for delays caused by the service rail provider. There’s little a customer can do aside from pay the fee while staff are forced to dedicate considerable working hours toward resolving the complaint — sometimes even without receiving the original shipment.

Most chemical distributors have a horror story associated with current demurrage standards. Establishing reciprocal demurrage would even the playing field and provide incentives for both customers and railroads to move product and rail cars more efficiently. Under reciprocal demurrage, when the servicing railroad fails to pick up rails cars, the shipper or receiver would charge the same demurrage rate per day. This would go a long way in reducing the customer’s shipping charges, especially when they have done everything within their power to meet their end of the contractual agreement.

Lastly, there are a number of chemical distributors who would like rail service at their location but because their volume is 50 to 150 cars per year, the local rail provider will not establish service for their site.  Commerce in this country should be allowed to thrive and not be hindered because of competitive rail disadvantages.

The lack of freight rail competition is clearly costing American businesses. For chemical distributors, we have very few avenues available to challenge unfair freight rates set by monopolistic railroads. Making the STB more accessible to rail customers would go a long way in helping remedy the current state of competition, and result in fairer prices all around.

There’s plenty the STB can do to improve and modernize our nation’s freight rail policies. I look forward to working with the full board to enact common-sense policies surrounding rail issues, and encourage NACD members to do the same.