OSHA Shamefully and Unfairly Calls Out Businesses. It's Time to Change That. 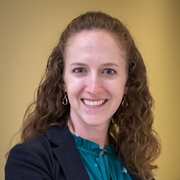 Since President Trump came to office in 2017, Washington has seen an incredible amount of deregulatory efforts within the executive branch. The administration has been working hard to reduce the regulatory burden on businesses through various reforms across the federal government. And it has made tremendous progress. However, there is one aspect of the regulatory regime that I believe has been overlooked: enforcement. Too often federal agencies, while rightfully enforcing rules and regulations, use scare tactics or attempt to embarrass businesses into compliance. We continue to hear from our members that agency field operatives are still practicing bullying tactics when enforcing regulations or conducting inspections.

A prime example of this so-called “regulation by shaming” is done by the Occupational Safety and Health Administration (OSHA). Under current law, OSHA can issue a press release regarding an employer’s alleged violation of workplace laws prior to informing the actual business itself. In some cases, an employer will find out of these allegations from their local news. Additionally, there is no reprieve if the violation is revoked due to further investigation that found nothing was actually wrong. This can lead to delayed actions; but most importantly, it can negatively impact the employer’s reputation in the public eye with no warning or way to defend against it.

The good news is that there is currently a bill in Congress that would prevent this from happening to NACD members and other businesses in the future. H.R. 5870, the OSHA Employer Notification Act, was introduced by Rep. Glenn Grothman (R-WI). This legislation would simply require OSHA to immediately notify a business of an alleged violation or penalty and provide at least 24 hours prior to issuing a press release. Even further, the bill requires OSHA to issue a public statement if that business was successful in contesting the violation and the penalty was revoked.

This is perhaps the most commonsense piece of legislation I have seen in a while. It could go a long way to ensuring at least one federal agency is enforcing the laws in a diplomatic, respectful manner. Businesses should not be shamed into following regulations. As Congressman Grothman stated in his press release, “We need to help businesses by treating them as part of the solution, not the problem, which is what the OSHA Employer Notification Act will do.”

I would like to thank Congressman Grothman for introducing this bill and urge Congress to quickly pass it! We should be encouraging businesses to follow the law, not shaming them into it.