One Year after LCSA, New System for Chemicals Starts to Take Shape 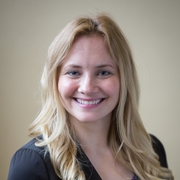 Almost one year ago, the only environmental law to be enacted in the Obama administration passed with overwhelming bipartisan support. The Frank R. Lautenberg Chemical Safety for the 21st Century Act (now commonly called LCSA) was signed on June 22, 2016 and revised its predecessor, the Toxic Substances Control Act. LCSA in fact gave greater power to the Environmental Protection Agency (EPA) to act against high-risk chemicals and allowed for further manufacturer certainty when interacting with the agency.

NACD’s great legislative staff helped shape and advocate for LCSA on the Hill. But since June 22, 2016, the work has moved to EPA and to the larger chemical industry community to help create proposed rules that give EPA the authority to complete its important work and create a regulatory structure that will protect the public and give industry a voice within the agency.

The EPA was officially created in 1970 by President Nixon via executive order, consolidating the environmental responsibilities where they were distributed among several other agencies. EPA’s initial responsibilities did not include chemical evaluation but EPA Administrator Russell Train spoke about the need for Congress to authorize specific toxic substances control legislation at a press conference in October 1975. The next year, the original TSCA was passed and signed into law by President Ford.

The current EPA chemical inventory has over 80,000 chemicals. But not all of these chemicals have been evaluated or are even in use any longer; some of these were grandfathered in in 1976. To better understand what chemicals are in commerce today, EPA plans to initiate a reset of this inventory where manufacturers, including importers, will report to EPA any chemicals they have manufactured, held, bought or sold in the last 10 years.

As of today, three of the four major rulemakings required by the statute have been proposed. NACD filed comments on the inventory reset, prioritization and risk evaluation proposed rules. Together, these proposals received over 200 comments in total. (Of note: the risk evaluation docket received several comments from law students at City University New York School of Law, who probably received an assignment to file comments on the proposed rule.)

The prioritization and risk evaluation proposed rules are being reviewed by the Office of Management and Budget (OMB). The fees proposed rule is expected sometime later this summer and the final inventory reset rule (which does not require OMB review) is still at EPA. With the statutory deadline of June 22, 2017 for each rule except the fees rule, EPA has not had much time to evaluate and release three huge rules that will impact the chemical industry indefinitely. NACD recognizes the importance of meeting Congress’s deadlines, but thinks that EPA should strive to recognize that it may be more important to have a workable rule that is a little late than a hugely problematic rule that is on time.