Not Regulated by the SEC? New Proposed Rules Could Still Impact You 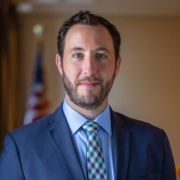 As part of the Biden Administration’s focus on climate action through the executive branch, the U.S. Securities and Exchange Commission (SEC) is proposing rule amendments that would require the companies it regulates to include certain climate-related information in their registration statements and periodic reports, such as on Form 10-K.

However, in this case, ignoring the SEC’s proposed rulemaking would be a mistake.

While these rules would generally apply only to those companies offering securities to the public, they would likely impact all companies that are suppliers to the regulated enterprises. That means chemical distributors, large and small, directly regulated by the SEC or not, will likely be adversely impacted.

For publicly traded financial institutions, a large part of their exposure to climate related risks may come from the organizations to which they extend credit. In contrast,  other publicly traded ventures will need to assess their climate risk exposure afforded by suppliers. That means private companies may have to provide much of the information required under the proposed rules to obtain capital from financial institutions or enable publicly-traded customers to continue to purchase their products.

The economic impact of complying with these rules will not be inconsequential for individual distributors or the chemical distribution industry as a whole.

While the SEC’s Economic Analysis only assesses “the paperwork” impact for public distribution companies in the U.S., it estimates that the 24 publicly traded distributors in the U.S. would spend around $2.3 million annually complying with the proposed rules. However, there are more than 2,200 chemical distributors not specifically covered by the proposed SEC rules that might incur significant costs due to information requests from covered clients.

Economist John Dunham conducted an analysis for NACD to assess just how much this reporting could cost chemical distributors and found that more than 98 percent of the costs will fall on firms that the SEC does not even consider subject to the proposed rules. Using the SEC’s own estimates that calculating Greenhouse Gas (GHG) emissions metrics and targets would cost a company lacking any experience in climate reporting – like most NACD members who average 28 employees and approximately $28 million in annual sales – $72,000 per year, Dunham calculates that, across a 20-year period, the discounted cost of these proposed rules would be more than $87 million each year to the chemical distribution industry alone.

The proposed rules are anticipated to go into effect beginning in December 2022. However, multiple legal challenges are expected, which should delay the rollout of reporting requirements. Furthermore, the elections in November may impact Congress’ views on the proposed changes. NACD will watch this issue closely and keep our members up to date as it progresses.