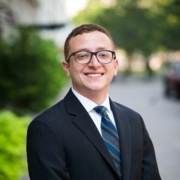 When California Governor Gavin Newsom signed the state’s controversial AB 5 into law earlier this year, businesses in the state were frustrated, though not surprised. After all, California’s decision to effectively eliminate independent contractors as they are most commonly used is just one action in a long history of policies that has given the state its reputation for clumsy governing.

Surprising, however, is that as the legislation is being challenged for its constitutionality, other state legislatures are expressing interest in passing similar measures. Most recently, New Jersey’s statehouse introduced S4204 – a bill nearly identical to its West Coast cousin. Just as in California’s case, the bill codifies a modified version of the ABC test for the purposes of all worker classification in the state. The modifications, however, make the test for determining an independent contractor nearly impossible to satisfy.

The ABC test, used in various functions across many states, dictates that an individual is considered an employee unless:

The ABC test used in the California and New Jersey bills is similar, but it removes the underlined portion pertaining to the freedom of a worker to determine the location of their work. The practical effect of this is that the second prong becomes nearly impossible to satisfy – especially in the case of trucking. For example, if a chemical distributor wanted to use an independent owner-operator to deliver a load from a warehouse to a customer, that driver may be considered an employee if shipping operations are considered to be part of the usual course of the sale of goods.

The results on such a change would be unquestionably disastrous for any business that relies on shipping. As labor shortages have tightened the transportation market, agreements with owner-operators have become an increasingly common option for many drivers and businesses. For drivers, the owner-operator model means complete control of one’s schedule, profits, and equipment – all while minimizing downtime and empty loads that are more common among dedicated fleets. For businesses, contracting with owner-operators means increased flexibility and only paying for the time spent delivering the load itself. Ending that relationship would create an enormous inefficiency and, according to the Owner-Operator Independent Drivers Association, Inc. itself, threaten the livelihood of one of our most necessary industries.

Going into one of the most watched election years in our country’s history, it is unsurprising that many legislators want to make loud changes on issues that impact large companies. While the focus of these bills may be on headline-makers, policymakers may want to reconsider overhauling the country’s entire supply chain solely to be the one who ‘stuck it to Uber.’