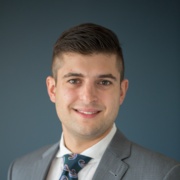 Following the 2020 election cycle, control of the U.S. Senate will be considerably more consequential than previous cycles. If former Vice President Joe Biden (D) is elected president, his ability to deliver on the progressive Democratic agenda will depend on Democrats taking control of the Senate and the margin by which they do so. If President Trump is reelected to a second term, his administration’s effectiveness depends upon Republicans maintaining control of the chamber.

Republicans currently hold a 53-seat majority in the Senate. For Democrats to reclaim control, they will need to net either three or four seats this November: three if the Democratic presidential nominee, Joe Biden, wins the White House, and four if President Trump returns for a second term. (The sitting vice president breaks a 50-50 tie.) With Republicans near-certain to gain back one Democratic seat in Alabama, the fight for the Senate is going to come down to a handful of key races that are still too close to call.

Cal Cunningham has led Sen. Thom Tillis all summer in North Carolina. Three polls run shortly after news of Cunningham’s extramarital affair broke show Cunningham retaining his lead: 48 percent to 44 percent in a new survey from Monmouth University; 49 percent to 39 percent in a SurveyUSA poll conducted for WRAL-TV; and 47 percent to 41 percent in a poll from Morning Consult.

In 2016, President Trump beat Hillary Clinton by more than 20 points in Big Sky Country, and incumbent Sen. Steve Daines has solid approval ratings. But the race immediately became a toss-up when national Democrats finally persuaded a reluctant Steve Bullock, the state’s popular current Democratic governor, to enter the race earlier this year after months of him insisting that he would not challenge Daines. Polling averages put this race within the margin of error, with Sen. Daines holding onto a 48 percent to 45 percent advantage.

Sen. Graham has represented the Palmetto State since 2003, and he cruised to reelection in 2014. However, for the first time in his Senate career, he has drawn a formidable general election opponent. Jaime Harrison, who previously served as chairman of the state’s Democratic party, is trailing Sen. Graham by less than one percent in the polls.

Another potential tipping-point state is Iowa. Theresa Greenfield, president of a real estate company, is looking to knock off first-term Republican Senator Joni Ernst. While Trump won Iowa by more than eight points in 2016 (and is still running about even with Biden in 2020), the majority of polls show Greenfield slightly ahead. Senator Ernst is trying to use Greenfield's real estate practices against her and pointing to an influx of out-of-state donations for Greenfield as an indication that she is beholden to far-left “coastal elites” to bridge the gap before election day.

In Michigan, John James is seen as the other Republican challenger with a chance to flip a Senate seat currently held by a Democrat. In 2018, James ran against Michigan’s other Democratic senator, Debbie Stabenow, and lost by fewer points than other Republicans on the ballot. Recent polls show him within five points of incumbent Democratic Sen. Gary Peters. The latest, from the respected New York Times/Siena College partnership, puts James within one point — a virtual tie.

There’s still plenty to be decided between now and election day. Regardless of election outcomes, NACD will continue to advocate for policies that help chemical distributors continue their important work, and we’ll be here every step of the way to help you navigate the 117th Congress.