Congress on the Brink of Major Tax Overhaul 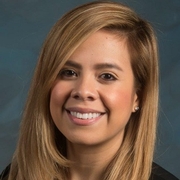 Closing out 2017, we find ourselves on the precipice of witnessing Congress pass the biggest tax overhaul since 1986. The last tax reform was three decades ago, and Congress has struggled on thorny tax debates ever since. We can all agree (Democrats, Republicans, or others) that the overly complicated and burdensome U.S. tax code is due for a major update.

Both Congress and the White House have communicated their plan to pass tax reform legislation by Christmas 2017, but obstacles remain before a final bill can be sent to President Trump. Fiscal hawk concerns, Affordable Care Act (ACA) repeal, protecting the middle class, and small business taxation are just some of the policy issues causing major division. Just months away from the 2018 midterm elections and coming off a failed attempt to repeal the ACA, Republicans are eager to pass legislation before year’s end.

Last month, the U.S. House of Representatives passed the “Tax Cuts and Jobs Act” (H.R. 1) by a 227-205 vote, punting the bill to the U.S. Senate. Negotiating into the very early hours of the morning, the Senate also passed its massive tax reform bill that bears the same name as the House version. Following weeks of legislative setbacks, a series of last-minute revisions to bring enough Republicans on board, and a long night of heated rhetoric, Republican leaders narrowly passed their bill by a 51-49 party-line vote. No Democrats voted in favor, and Senator Bob Corker (R-TN) was the only Republican to vote against.

Both the House and Senate tax plans cut the corporate tax rate from 35 percent to 20 percent, trim rates for individuals, and eliminate certain deductions and exemptions. One of the most notable differences is the Senate’s plan to repeal the ACA individual mandate, absent from the House version. The Senate bill also differs from the House’s proposal in the way it treats small businesses, specifically those known as pass-through entities, such as partnerships, limited liability companies, or sole proprietorships.

NACD supports comprehensive tax reform that protects and enhances the role of small businesses in our nation’s economy. NACD priorities include efforts to:

NACD applauds the elimination of the proposed BAT tax and the exclusion of LIFO repeal from both the House and Senate plans. NACD members who import products from all over the world would have been directly impacted by BAT. Larger distributors, who have more domestic relationships, would have had a distinct advantage over smaller chemical distributors under this proposal, thus reducing competition in the chemical distribution market. Additionally, NACD members depend on the LIFO method — we will continue to oppose any tax legislation that does not protect it. As Congress reaches its final stage of negotiations, we look forward to continuing to work with them to ensure tax reform gets done before 2018.