Competitive Switching is Not Some Far-off Idea – Just Ask Canada 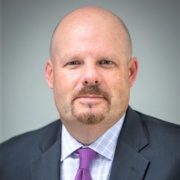 Like many other shipping customers in the United States, NACD members depend on our nation’s freight rail network to run their businesses successfully. Because of the nature of certain common chemicals, such as chlorine, many chemical distributors solely rely on rail to service their customers in a consistent manner.

While rail is widely recognized as the safest manner to transport hazardous chemicals, in recent years, the industry has suffered from climbing rail rates and deterioration of freight rail service. The latter even led the Surface Transportation Board (STB), the federal agency overseeing our nation’s railroads, to get involved by holding a nearly unheard-of, last-minute hearing, “Urgent Issues in Freight Rail Service,” this week. This two-day hearing attracted over 60 witnesses, including NACD and two of our members, Univar Solutions and Hawkins, Inc.

Having reliable, efficient, and dependable rail service has never been more important for chemical distributors. While the STB has made great progress in recent years to address freight rail issues, the agency still has its work cut out for it to reform the rail system and increase competition.

Many Class I railroads currently operate in the U.S. as near-monopolies and can charge whatever rates they want to transport cargo. At its core, competitive switching, or reciprocal switching, would address these issues by allowing rail customers to request that their freight be moved to another line if it is reasonably accessible. NACD spoke with two Canadian rail experts – Responsible Distribution Canada's Cathy Campbell and Freight Management Association of Canada’s John Corey – to learn more about how our neighbors up north have been successfully navigating this issue for over a century now.

In Canada, regulated interswitching first came about in 1904 to encourage Canadian Pacific Railway and Canadian National Railway, the two main rail Canadian companies, to share tracks. By the 1980s, rules were put in place to provide clear guidelines for shipping customers who want to take advantage of regulated interswitching. Three conditions must be present for regulated switching. First, two rail lines must meet. Second, the railways must have a place to exchange traffic (siding or a yard). Third, the shipper must be within a 30 km distance of the interchange point.

In the approximately four decades since these rules were put into place, the sky has not fallen for the Canadian rail industry. The benefits of these regulations have ensured that shipping customers have the tools they need to ship their products in a timely, affordable manner. When an interswitch is an option, the host carrier can either switch the traffic and receive the regulated rate (say $400) or match the usually lower rate offered by the other carrier, keeping the whole movement and revenue for themselves. This has fostered competition in Canada and even allowed carriers to sell into new markets thanks to switching.

The U.S. has much to learn from the success of Canada’s interswitching regulations. As the STB considers how to implement reciprocal switching here in America, they should take note of how Canada has successfully been able to promote competition and drive down costs for customers.