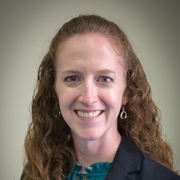 If you listen to the media these days, it seems like Washington is breaking apart at the seams. While it’s true that DC certainly has plenty of issues to work on right now, including tax reform, if you dig a little deeper you’ll find that policymakers are doing some great things that don’t often get covered in the press. A perfect example of this is the work members of the bipartisan Congressional Chemistry Caucus are doing to advance the knowledge and importance of chemistry in everyday life.

In the fall of 2015, Representatives John Moolenaar (R-MI) and Dan Lipinski (D-IL) came together to form this caucus because they saw the need for making chemistry a priority in policy discussions. As the caucus co-chairs, their goals are to inform members of Congress, their staff, and the public on the important impact chemistry plays in the economy and the need to encourage future chemists through STEM education. In its infancy, 12 House members joined prior to the official caucus launch event in April 2016. Now, the group has grown to 60 House members and also has a counterpart in the Senate. In March 2017, Senators Chris Coons (D-NJ), Shelley Moore-Capito (R-WV), Steve Daines (R-MT) and Gary Peters (D-MI) brought the caucus to their chamber as co-chairs, and seven more senators have since joined.

The Congressional Chemistry Caucus is far from the norm of a typical “do-nothing” caucus on the Hill, and that’s important to recognize given the huge number of caucuses of the Hill that rarely advance the issues they claim to support. So far, the chemistry caucus has held four events in two years, with more being planned. In November 2016, the group held a briefing titled "The Chemistry of Beer" which discussed the important role chemistry plays in the brewing and fermentation process. Presenters from Central Michigan University and New Belgium Brewing Company showed how chemistry is used to create a product that many Americans enjoy. In fact, one of the presenters even brought along some New Belgium beer to taste, driving home the impact chemistry plays in everyday consumer goods.

Most recently, the caucus brought together four unique individuals with chemistry degrees that are not in a typical chemistry career for a panel discussion titled "Chemistry in Action: Careers in Space, Politics, Industry and Beer." Each panelist discussed why they chose chemistry, how it helped them get to where they are now, and how we can help encourage more young people, especially middle schoolers, to seek chemistry degrees.

In an era when chemistry is villainized, the founders of the Congressional Chemistry Caucus created the group on the Hill to better inform policymakers and the public of chemistry’s enormous impact on our everyday lives. Chemistry should be celebrated for facilitating advancements in food, medicine, renewable energy and yes, even beer. As future events unfold, NACD looks forward to continuing to be a part of this important caucus and advancing your interests with lawmakers here in Washington.