Bipartisan, Bicameral Process in Congress Is Key to CFATS Reauthorization 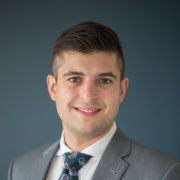 Earlier this year, Congress narrowly avoided allowing the U.S. Department of Homeland Security’s (DHS) Chemical Facility Anti-Terrorism Standards (CFATS) program to sunset by passing a short-term 15-month extension of the program’s expiration date. Given the circumstances, the passage of the last-minute extension was a major legislative success. Nevertheless, in order to pass a multi-year reauthorization and avoid a similar situation come April 2020, it is imperative Congress commit to working together in a timely manner to ensure the security of the nation.

The U.S. House of Representative’s Committee on Homeland Security has already shown signs of doing just that. Over the past month, the committee has held two separate hearings on reauthorization of the CFATS program. In late-February, a full-committee hearing examined a long-term extension of the program from the government’s standpoint. Testifying before the panel was David Wulf, Director, Infrastructure Security Compliance Division, Cybersecurity and Infrastructure Security Agency at DHS; and Nathan Anderson, Acting Director, Homeland Security and Justice, U.S. Government Accountability Office. Weeks later, the House Homeland Security Subcommittee on Cybersecurity, Infrastructure Protection and Innovation held the committee’s second hearing with a focus on input from industry representatives, non-governmental organizations (NGOs), and other interested parties.

A common theme discussed at both committee hearings was the positive collaboration between DHS and CFATS-covered facilities to achieve the program’s mission of preventing the intentional misuse of specific Chemicals of Interest through theft, sabotage, or attack. NACD members should be quite familiar with the work DHS puts into its outreach and support of the CFATS program. Just last week, NACD hosted a “DHS Chemical Facility Anti-Terrorism Standards –What You Need to Know and Latest Developments” webinar with Kelly Murray, Branch Chief for DHS Infrastructure Security Compliance, and Matt Fridley, Corporate Manager – Safety, Environmental, and Security for Brenntag North America and current Chairman of the Chemical Sector Coordinating Council.  The webinar provided an overview of CFATS requirements, reviewed compliance resources, and discussed emerging issues. Murray also conducted a demonstration for NACD members of the CFATS Personnel Surety Program Application designed to help facilities comply with the requirement to verify that certain individuals do not have terrorist ties.

CFATS is a critical program aimed at keeping dangerous chemicals out of the hands of terrorists. In the past, Republicans and Democrats have worked together to reauthorize CFATS and make improvements to the program. At NACD, we hope the tradition of bipartisanship on this issue can continue as we work toward a multi-year reauthorization - in particular at this year's NACD Washington Fly-In. CFATS has been a successful program because it gives industry flexibility to secure their facilities, with guidance from DHS, based on each facility’s unique risks and attributes.

Fortunately, we have a solid program that works well as a starting point. Only small tweaks are needed to make an already good program better. With a bipartisan and bicameral process, Congress can quickly give stakeholders the certainty they need by moving a multi-year reauthorization of CFATS to the President’s desk.