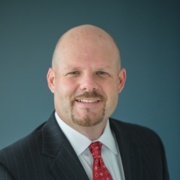 As chemical distributors, we operate in a constantly changing legislative and regulatory environment. The beginning of a new year is a great opportunity to reflect on our top priorities and what we need to achieve our goals in the coming year.

Reauthorization of the U.S. Department of Homeland Security’s Chemical Facility Anti-Terrorism Standards (CFATS) program continues to be a priority for NACD and the chemical distributors we represent — and for good reason. The program, set to expire on April 18 without congressional action, is critical to securing our nation’s chemical facilities against potential acts of terrorism. With fewer than 30 legislative days left to pass a reauthorization or extension of the CFATS program and with the White House making clear in its budget proposal that it aims to eliminate funding for CFATS, now is not the time for policymakers to play games with our nation’s chemical security. We must reauthorize this program as soon as possible to give industry and regulators alike the certainty needed to safeguard the country’s chemical infrastructure.

Another critical issue facing chemical distributors is the dire need for rail reform. We all know that a lack of competition in freight rail – combined with outdated regulations and a handicapped U.S. Surface Transportation Board (STB) – has led to unreliable delivery schedules, failure to provide statutory notice of fee changes, insufficient access to competitive switching and remedial options, and inadequate rail customer service. One way we can address this is by advocating for the Trump administration to fill the remaining seats on the STB, then encouraging them to reform outdated policies.

On the trade front, the Generalized System of Preferences (GSP) and the Miscellaneous Tariff Bill (MTB) remain a focus. GSP eliminates duties on products when imported from designated beneficiary countries and territories to help grow their economies, whereas MTBs enact the temporary reduction or suspension of U.S. imports through a process of petitioning, commenting, and approval. MTB is likely to be voted on in a year-end package while GSP has the chance for an earlier extension. In other trade developments, the “Phase One” agreement regarding the China Section 301 tariffs was signed in January, and U.S.-China negotiations are ongoing. Canada still has to ratify the U.S.-Mexico-Canada Agreement, but this important piece of legislation was finally signed by President Trump.

A fairly new issue on the horizon is H.R. 535, or the PFAS Action Act. The bill designates all per- and polyfluoroalkyl substances (PFAS) as hazardous substances under the Superfund program, thereby requiring remediation of releases of PFAS into the environment. As you probably know, the U.S. Environmental Protection Agency (EPA) already requires comprehensive toxicity testing be conducted on all PFAS under the Toxic Substances Control Act (TSCA) — a move the effectively bars the manufacturing of PFAS of concern. Our industry must be constantly vigilant against efforts to group very different chemicals under a single regulatory umbrella and we at NACD will be closely following and thoughtfully weighing in on this issue.

On the regulatory front, as part of the amended TSCA, the EPA has the authority to charge fees to chemical manufacturers and importers for the risk evaluations of chemicals in commerce. In late 2019, EPA designated 20 high-priority chemicals which now move directly into the risk evaluation process, and a preliminary list of the manufacturers and importers of those chemicals was released on January 27. We’re still waiting on an update to the TSCA small manufacturer definition and are expecting the next Chemical Data Reporting submission period to begin in June 2020.

Safe to say, with these and the many other legislative and regulatory issues that impact our industry, there’s a lot for chemical distributors to keep track of this year. On top of keeping your day-to-day operations running, staying tuned in to the legislative and regulatory battles in Washington can be exhausting. Thankfully, you don’t have to do it alone. NACD will continue to host regulatory workshops throughout the year to ensure you’re in the best position to succeed. And our legislative experts are just one call away to answer your most pressing questions about what awaits chemical distributors in 2020 and beyond.