2020 Elections and What They Mean for NACD Members 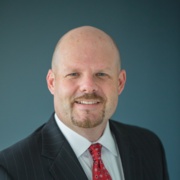 We expected a close contest at the presidential level this past Tuesday and, sure enough, we still do not have a confirmed winner and might not for some time. While right away we may not know who our president will be, NACD has been reviewing the election results at the U.S. House of Representatives, U.S Senate, and state levels.

In the House, Republicans continue to make up ground in a year when everyone thought a “Blue Wave” was imminent. At the writing of this blog, Republicans have picked up eight seats, and Democrats have picked up two seats for a six-plus advantage. A review of the tentative results seems to show there are at least another six to 12 races that could flip in favor of Republicans. Time will tell, but in a year when House Democratic leaders anticipated expanding their majority, it may very well be halved instead.

Additionally, there is an open door for those wishing to challenge Nancy Pelosi as Speaker of the House. More than ever before, we see an electorate that wants change and the status quo, leadership included, removed. It would not be surprising to see a serious challenge from several potential contenders for the speakership of the House.

In the Senate, Majority Leader Mitch McConnell weathered a tough re-election, as did most of his Republican colleagues, resulting in the likelihood that the Senate will remain in Republican control. Sadly, Sen. Cory Gardner (R-CO), who the association supported during the early days of his 2014 Senate campaign in Colorado, lost. Sen. Gardner is truly one of the most affable and bi-partisan members of the Senate. He will be sorely missed.

With the Republicans remaining in the majority, we could see Sen. Shelley Moore Capito(R-WV) becoming Chair of the Committee on Environment and Public Works. Sen. Capito works very well across party lines and is a pragmatic leader.

In the states, not a single Republican-majority legislature lost control; in fact, a few legislative bodies are likely to flip red, such as the Alaska House of Representatives and the New Hampshire State Senate and House of Representatives. But overall, most of the nation’s state legislatures remain unchanged. The statehouse majorities will largely determine the redistricting that follows the 2020 census, impacting elections for the next ten years.

What does a Republican-controlled U.S. Senate and slimmed Democrat majority in the U.S. House of Representatives mean for our members, you might ask? It means a divided government continues, forcing the hand of either of the presidential candidates to have to work with both sides of the aisle on Capitol Hill.

Should Biden prevail, we could very well see a rescinding of the China 301 tariffs, as well as the Generalized System of Preferences program being restored to its 2016 level. Infrastructure, an important matter to both parties, could be one of the Biden administration’s top 100-day issues to conquer that Republicans could potentially agree upon with a price tag. We are wary that we could also see a steady influx of new regulations, especially for environmental issues, that could mirror much of what we saw during the Obama years.

Should Trump prevail for a second term, I do not foresee much change. Regulatory reform remains a bedrock of this administration. It is certainly something NACD members have benefitted from as they continue to provide high-quality jobs and boost the local economies in which they operate around the country. I do believe President Trump would try to move an infrastructure package with the House, but I do not foresee any sizable shift in pushing the same punitive trade agenda that the White House has levied since taking office in early 2017.

The one thing that must stop on both sides is the politically divisive rhetoric. Whoever ends up in the White House must step above party lines and push legislation that will help our country. American’s are yearning to get above this nonsense and return some semblance of order to the political process.

The first order of business is that Congress and the White House must approve a second coronavirus package to help America’s small businesses. Then, regardless of who wins the White House, it is off to the races for the first 100 days after inauguration to prove themselves to the American people.