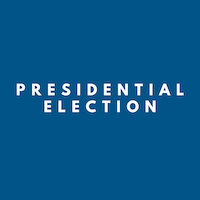 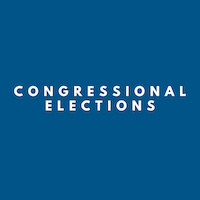 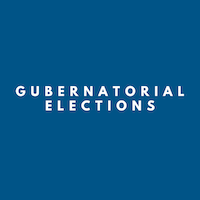 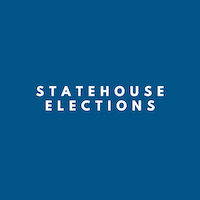 ♦ Click here to view the NACD Assessment of 2020 Elections 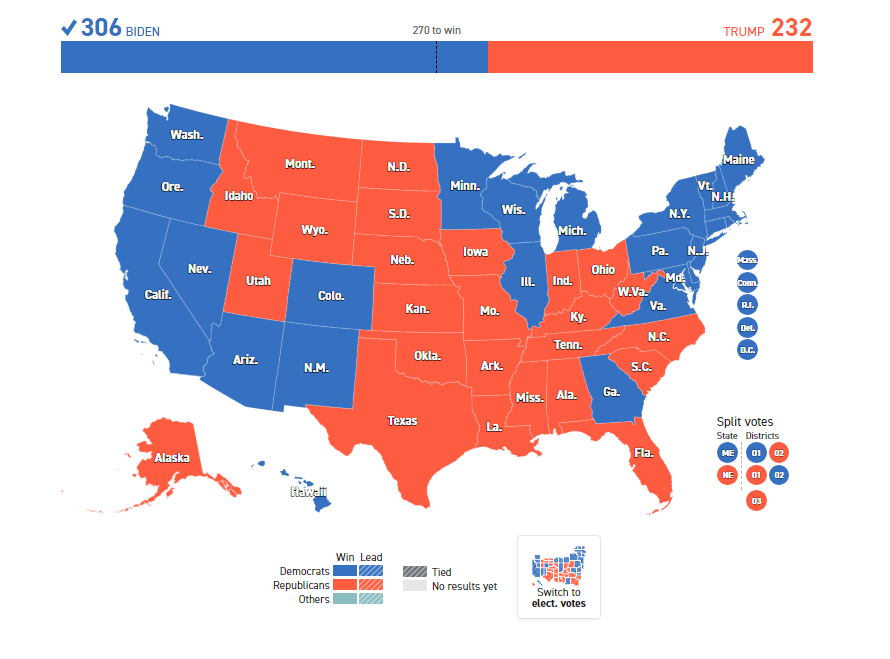 The 2020 presidential election was certainly closer than most polls and analysts expected. The election winner has been determined to be former Vice President Joseph R. Biden (D), alongside his vice-presidential nominee, Sen. Kamala Harris (D-CA). It is clear after the results came in for this election that state polling was far off heading into November 3. Several states that gave electoral votes to President Trump in the 2016 election went to President-elect Biden in the 2020 election cycle, such as Arizona, Michigan, Pennsylvania, Wisconsin, and likely Georgia. See NACD’s press release congratulating President-elect Joe Biden and Vice-President-elect Kamala Harris here. 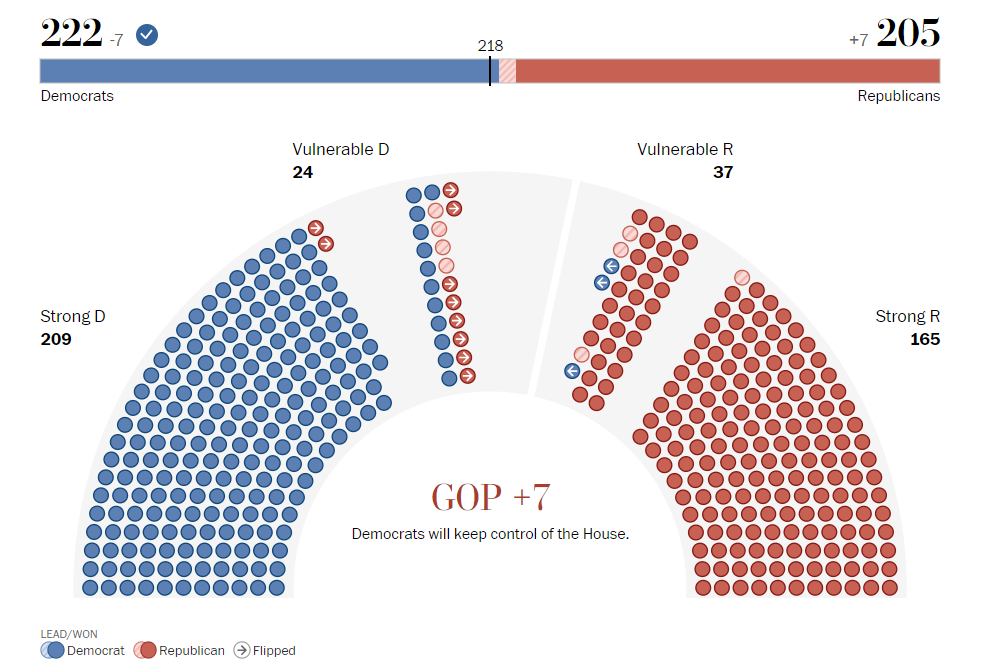 Many expected the Democrats to maintain and expand on their already wide majority in the U.S. House of Representatives. Ultimately, as many as 15 blue seats, some thought to be secure, will have flipped for Republican candidates. The Democrats will maintain their majority but by a much smaller margin than in the 116th Congress. This is likely the narrowest Democrat majority margin in nearly 20 years. However, as of November 12, the following eight House races still hang in the balance as America awaits the results:

About House of Representatives Elections 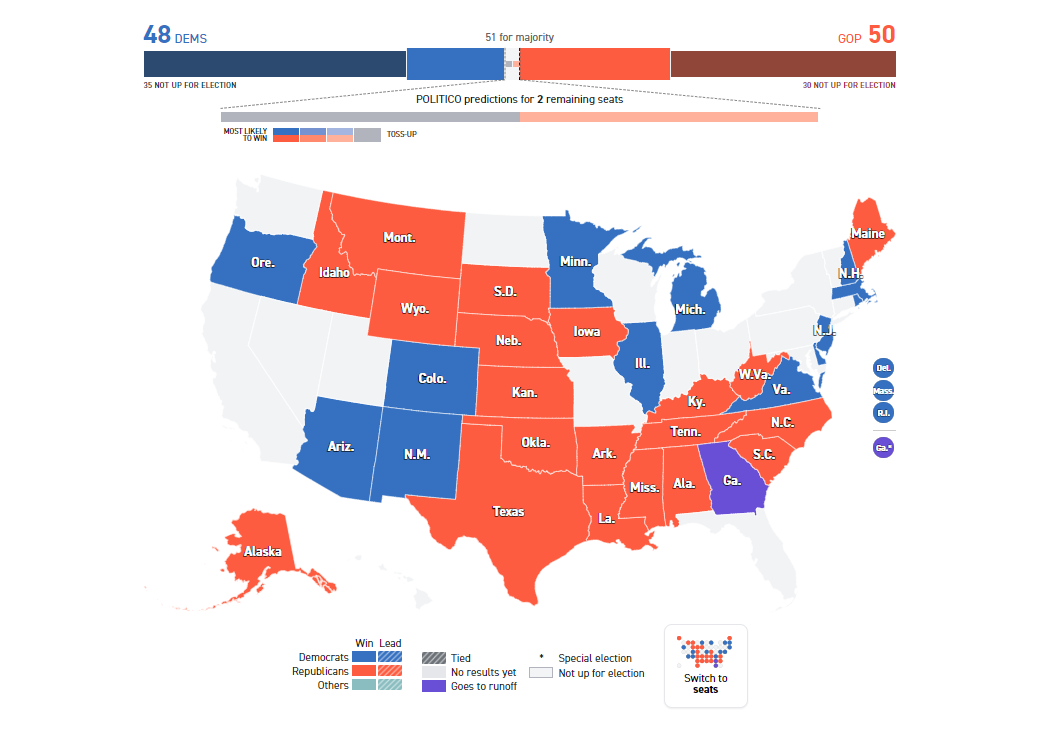 In the U.S. Senate, 35 seats were up for election, 12 Democrats and 23 Republicans, with Democrats expected to win the majority. We saw the loss of Sen. Cory Gardner (R-CO) to former Colorado Gov. John Hickenlooper (D). Alabama’s Senate seat flipped back to Republican control with former Auburn football coach Tommy Tuberville securing the election win. Several incumbents in expected ‘toss-up’ races secured their re-election, many contrary to pre-election polls and projections.

Georgia’s two Senate races (one a special election) will now advance to a runoff election on January 5 because no candidate was able to secure 50% or more of the vote, which must happen according to state law. Georgia’s Senate races will now determine the party majority. If one party wins each of the seats, the Senate will be evenly split across party lines and any tie vote will be decided by Vice President-elect Kamala Karris (D). 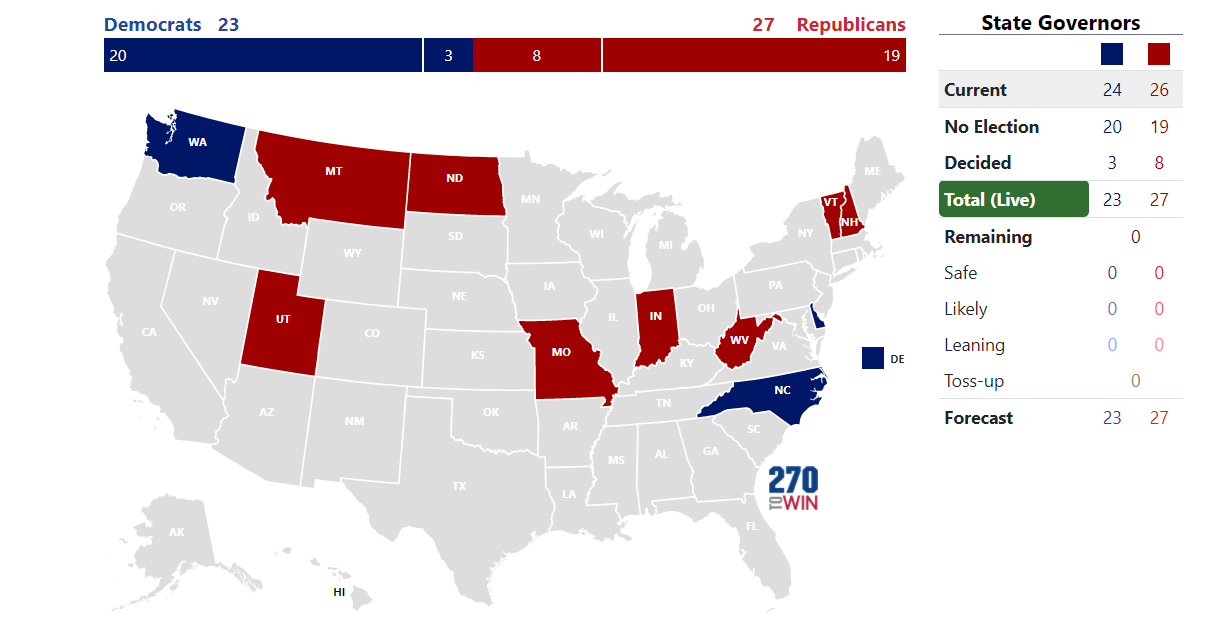 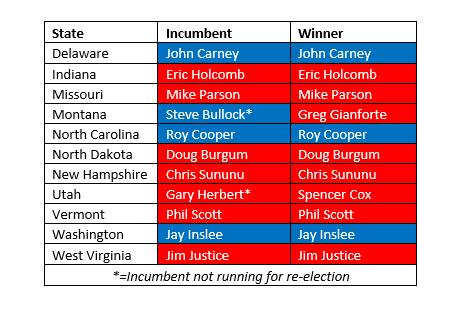 Heading into the election, 11 governors’ seats were up for election across the U.S., with nine incumbents running for re-election. Prior to November 3, the Democrats held 24 total governorships and the Republicans had a majority of 26 governorships. Following the election, each party maintained control of their governor’s seats, most of which were won by incumbents, except for Montana. Montana’s gubernatorial election resulted in Republican Congressman Greg Gianforte winning the governorship, flipping the seat red for the first time in 16 years. Now the national total of governorships stands at 23 Democrats and 27 Republicans. 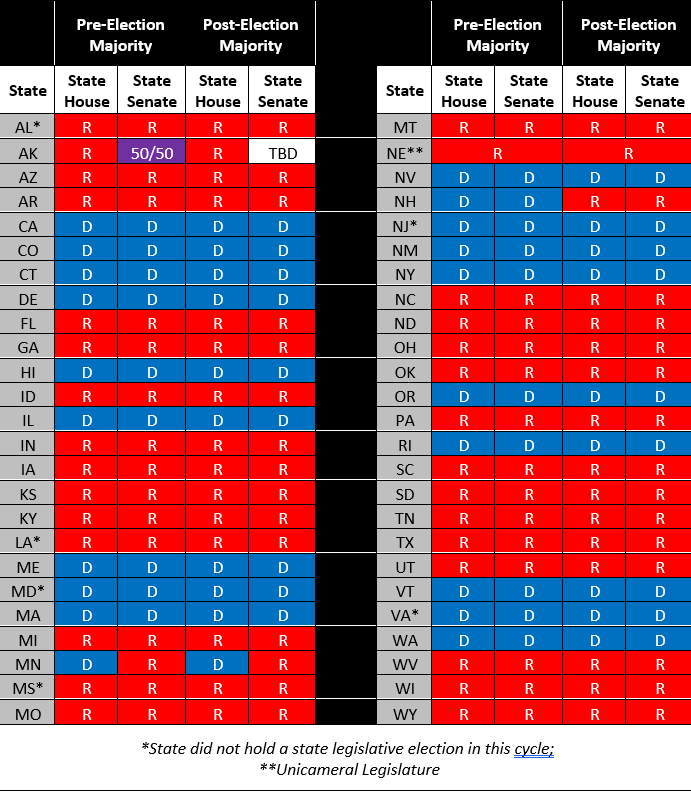 Heading into November 3, 2020, 86 state legislatures across the U.S. held elections. As of November 20, 2020, the New Hampshire state Senate and House of Representatives flipped from Democrat majorities to Republican majorities. One chamber has not yet determined the outcome of their election, the Alaska House of Representatives, largely due to the remote locations of many of their precincts. Following the flip of the New Hampshire legislature and the flip of Montana’s governorship to red, the Republicans have achieved two state government trifectas (single-party control of the governorship and legislatures). All other legislatures have maintained their majorities from before the election. It is worth nothing that Alabama, Louisiana, Maryland, Mississippi, New Jersey, and Virginia did not hold state legislative elections in this cycle. The outcomes of the state legislative elections in 2020 will be critical in determining the coming redistricting following the 2020 census.